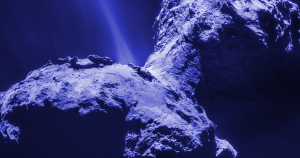 When scientists first detected the comet ‘Oumuamua in 2017, it dominated the news cycle as the first interstellar object that we’ve seen pass through our solar system.

But new research suggests that ‘Oumuamua wasn’t the first interstellar visitor at all. In fact, another one like it may have impacted Earth back in 2014, according to Space.com.

The new research hasn’t yet been published, but it’s available on the preprint server ArXiv as of Monday. In it, Harvard astronomer Avi Loeb — the same dude who doubled down on the idea that ‘Oumuamua could be an alien spacecraft Lees verder