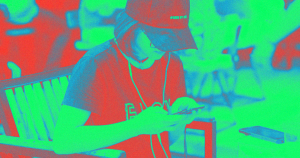 No matter what your mother tells you about your smartphone frying your brain, there’s not a lot of solid scientific research on what smartphones do to the adolescent brain.

Evidence that smartphone use, especially social media, is correlated with signs of depression often sounds reasonable — but lacks scientific rigor. That’s because many times, the studies are based on large surveys in which teens answer questions about their lives that may be vague or poorly defined.

To get to the bottom of things, some researchers have set their eyes on the treasure trove that is Google and Apple’s data stores about how people use Lees verder