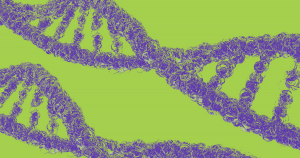 Gene hacking techniques that were recently used in human cells for the first time could someday let doctors shred up and destroy viruses like herpes or hepatitis B inside human cells, scientists say.

The new technique is called CRISPR-Cas3 — usually, when you hear about CRISPR tech, it’s the Cas9 variety — and Cornell researchers believe it could be used to cure viral diseases, according to a university-published press release.