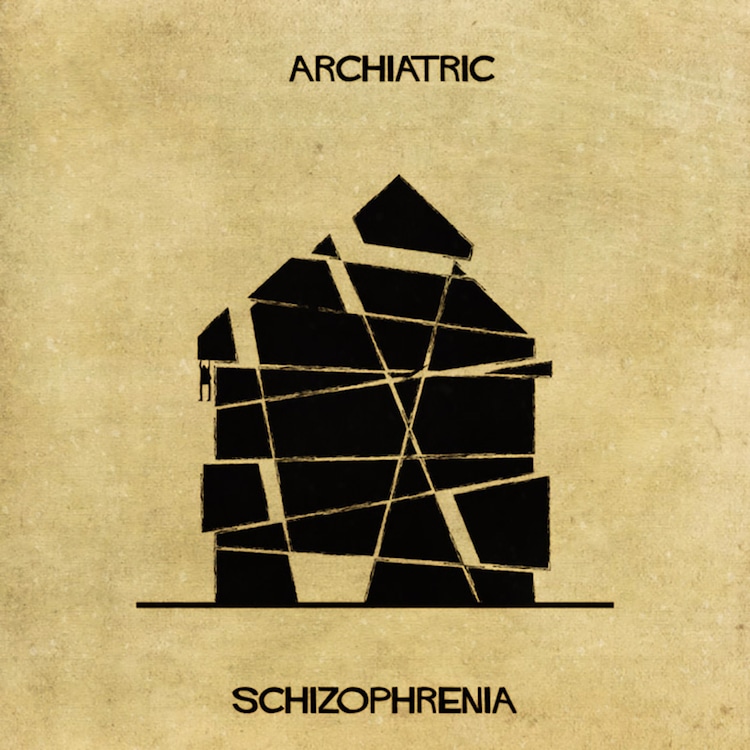 Italian illustrator Federico Babina has turned his attention from movies stars and fairy tale characters to the deep emotions felt by those experiencing mental illness. In his new series Archiatric, Babina’s architectural illustrations demonstrate a deep understanding and empathy for sufferers of psychological disorders.

Through 16 drawings, Babina gives visual representation to some of the mental illnesses that affect millions daily. “I don’t want to put a romantic aura around the discomfort and suffering of mental illness,” Babina explains, “but rather to make a reflection on the prejudices and negative stigmas with which the Lees verder