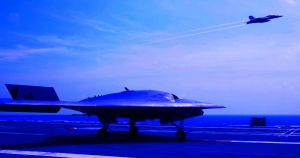 Killer robots are coming for us all.

But rather than a T-1000 spewing one-liners, autonomous weapon systems like drones could end up replacing human soldiers on the battlefield entirely, given enough time.

But is it ethical to have an artificial intelligence call the shots and decide to take a human life?

Experts convening at the American Association for the Advancement of Science meeting in Washington DC this week had a clear answer: a resounding no. The group of experts — including ethics professors and human rights advocates — are calling for a ban on the development of AI-controlled weapons, as the Lees verder