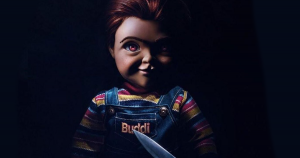 The killer creepy doll Chucky — evil villain of the “Child’s Play” slasher film series from the 80s — is back in a brand new movie set to drop in June. And today a new trailer gives a glimpse at the latest entry of the series, which’ll star Aubrey Plaza and the voice of Mark Hamill.

The 2019 twist: this time, the doll is haunting its prey through a smart home system called “Buddi” — smartphone app and all. 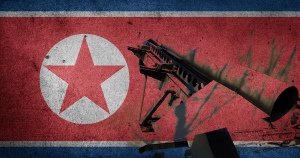 North Korea is flexing its muscles. On Thursday, the nation announced that it had test-launched a new “tactical guided weapon” — but kept the details vague.

The weapon is unlikely to be a long-range ballistic missile that could jeopardize peace talks, according to the Associated Press. Rather, given the fact that the announcement came with new demands for ongoing negotiations with the U.S., the tests were likely intended as a display of military strength.

South Korean experts suspect that the new weapon was some sort of cruise missile, per the AP‘s attempt to learn more. Had the weapon been a Lees verder 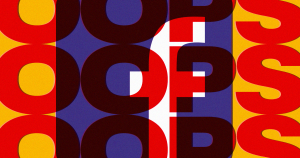 After getting caught storing “hundreds of millions” of account passwords in plain text last month — a flabbergasting breach of good data security practices — Facebook has been busted in another security snafu, admitting yesterday that it “unintentionally uploaded” email contacts of some 1.5 million new users since May 2016, Business Insider reports.

The extent of the damage caused by the glitch is still unclear, but Facebook says it’s fixed the problem.

“These contacts were not shared with anyone and we are deleting them,” a spokesperson told Reuters. Sculptor Tach Pollard (previously) works with sustainably sourced hawthorn wood to form lustrous sculptures of mythological figures. After carving the wood, the UK-based artist finishes it with blow torches to form the dark bodies that contrast with the pale, peaceful faces on each sculptural figure. Pollard draws inspiration from myths and spiritual traditions from around the world, including Inuit and Celtic traditions, and is particularly drawn to the notions of shapeshifting and sea creatures. You can see more of his mystical sculptures on <a target="_blank" href="https://www.instagram.com/tachpollard/?hl=en" Lees verder 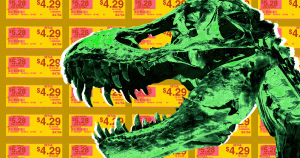 Savvy eBay bidders may have noticed a one-of-a-kind item up for auction: the fossil of a baby tyrannosaurus rex that died about 68 million years ago is up for sale for the low, low price of $2.95 million.

The fossil, discovered in 2013 by a Montanan named Alan Detrich, has been on display at the University of Kansas Natural History Museum since 2017. But now, in a move that The Guardian says has incensed paleontologists, Detrich has decided to sell it off.

The listing, which as of press time is still live on eBay, reads like someone trying to unload their old, Lees verder

Everyday spaces like street markets, city sidewalks, and restaurants become a fantastical playland in the mind of Vernon James Manlapaz. The designer, who has several years of experience in animation and visual effects, creates delight-inducing augmented realities that he shares on Instagram with his more than 150,000 followers.

Manlapaz tells Colossal that his digital creations are a combination of pre-planned concepts and spontaneous inspiration. The designer always keeps his phone and 360 camera on hand so he can capture footage for scenery at any time. Lees verder 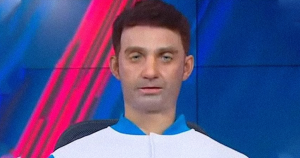 A humanoid robot TV news anchor named Alex read the news yesterday on Russia-24, a state-owned television channel. The silicone-faced anchor presented some run-of-the-mill updates — and even touched on a lurid case in which local authorities were hunting down a mayoral candidate who allegedly kicked a homeless cat.

The unsettling humanoid TV anchor was built by Russian startup Promobot. So far, the company has mostly produced screen-faced service robots for local banks. Alex’s terrifying silicone face moves thanks to 29 motors, and is modeled to look like the company’s founder Alexei Yuzhakov, according to The Telegraph. 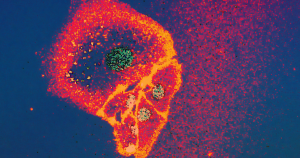 The squishy little CPUs could eventually lead to powerful computers housed entirely within a cell, according to New Atlas, that would detect and treat diseases.

The cellular computers, described in research published in the journal PNAS this month, mimic the normal process by which organisms turn genetic information into the proteins that carry out specific tasks within a cell.